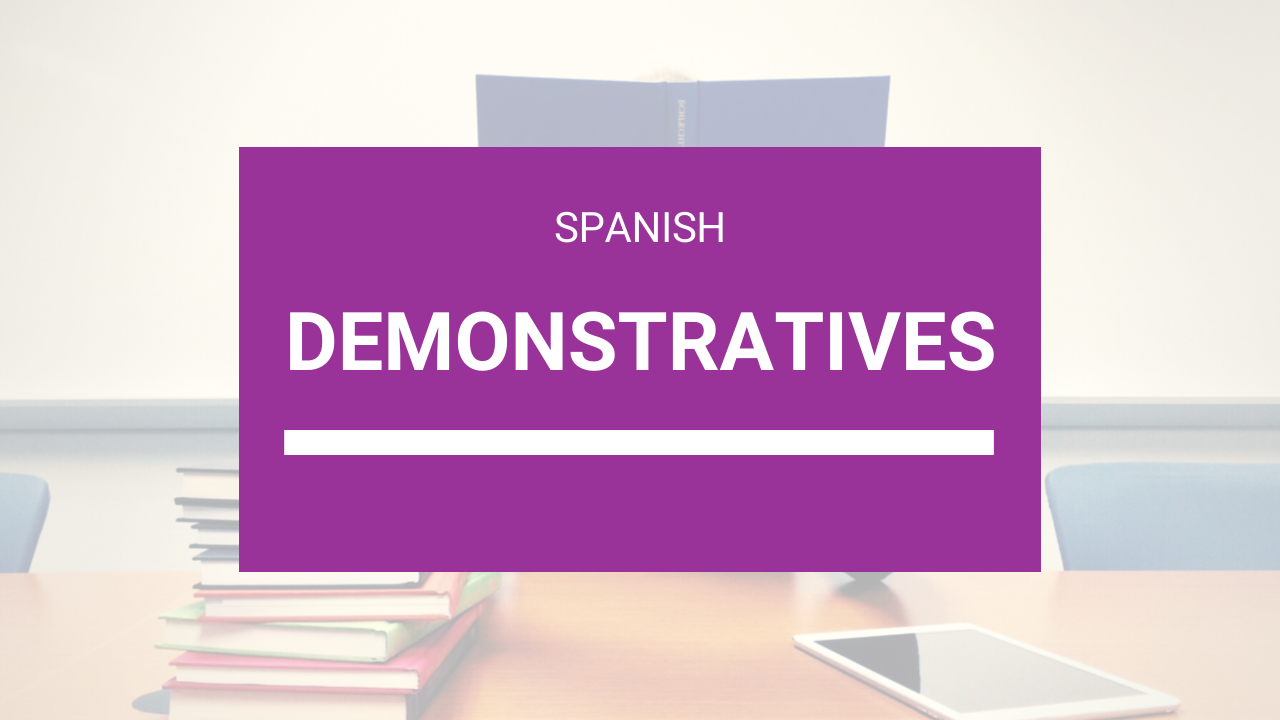 In English, Demonstrative Adjectives are those which point to something in particular, for example, “this”, “that”, “these” and “those”. These also exist in Spanish, however, they have to agree in number and gender.

The reason for a Neuter form is that it is used when the gender of a noun is not known or when referring to an idea. (E.G.:- Eso es absurdo.)

The Singular forms ending in “O” NEVER have an accent.

Why did you bring that pencil?

This bakery has many types of bread.

That country has a lot of violence.

I am going to carry these erasers.

They are going to sell those books on that table.

Why are you eating those?

These snacks are delicious.

Those keys open this cupboard.